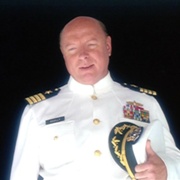 Blind Date by Donna
Rated PG-13
Keywords: AU, MSR
Summary: Mulder and Scully are set up on a blind date as a prank but it doesn't work out quite like the prankster thought it would.

A Familiar Heart By Mish
Rated R-NC-17
Keywords: S, A, AU
Summary: Scully meets Mulder in 1945, after the end of World War II.
NOTE: This is an open-ended story whose sequel, An Unchanged Soul, is out there but unfinished. Read at your own risk.

First Blood By Patrisha Lacuesta
Rated G
Keywords: S, A, Pre-XF
Summary: A young Starbuck confronts death, the white whale that no one, not even Ahab, can ever escape.

I Must Down to the Seas Again by Maidenjedi
Rated PG-13
Keywords: Bill Sr./Maggie
Summary: Bill Scully Sr., and the loves of his life.

Kid Stuff by Donna
Rated G - NC-17
Keywords: Pre-XF
Summary: How would they have reacted to each other then?

Prelude to An X series by mad_martha
Prelude to an X VI: Smokescreens
Rated R
Keywords: AU, MSR
SUMMARIES: Part I - Mulder's a freelance journalist and Scully's just been assigned an "X" file to work on, when they meet.
Part II - Scully's asked to officially take over the X Files Division, and her first case involves a man with ten inch fingers.
Part III - Mulder and Scully investigate a few aliens and meet a few contacts.
Part IV - Mulder and Sam finally get introduced to the Scully family.
Part V - A nice trip to the forest goes hideously wrong.
Part VI - Mulder and Scully are faced with some hard choices when two cases collide.

Rainbow Continuum by Emily Miller
Rated PG-13
Keywords: MSR
Summary: Scully discovers that Melissa's death was faked and finds her sister, along with someone else special to them both, and has to protect them.

Sisters Remembered by Donna
Rated R
Keywords: AU, MSR
Summary: While Mulder was profiling, what if Scully was the case?

Sunday Dinner by Macspooky
Rated PG
Keywords: none provided
Summary: Mulder knocks on his partner's door and is invited to dinner with her mother and father.

Swallowed By the Sun by Spica
Rated PG-13
Keywords: V, A, Pre-XF
Summary: A girl and her father, out in a boat.

Universal Invariants by Syntax6 (External link)
Rated NC-17
Keywords: None provided
Summary: This is an AU story in which I play fast and loose with the first season. While I'm just as glad that Ethan got eliminated from the actual show (I don't think he would have added much on the screen) I thought it would be fun to play out the relationship here as Scully gets dragged deeper and deeper into the X-Files.

Unknown Lives by Donna
Rated PG-13
Keywords: AU, MSR
Summary: He doesn't know her, but still can't live without her.