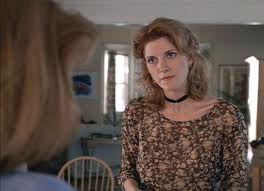 The Next Best Thing by Anik Duclos
Rated PG
Keywords: Mulder/Melissa
Summary: Mulder goes out with Melissa Scully and regrets it when Dana becomes upset with him.

Prelude to An X series by mad_martha
Prelude to an X VI: Smokescreens
Rated R
Keywords: AU, MSR
SUMMARIES: Part I - Mulder's a freelance journalist and Scully's just been assigned an "X" file to work on, when they meet.
Part II - Scully's asked to officially take over the X Files Division, and her first case involves a man with ten inch fingers.
Part III - Mulder and Scully investigate a few aliens and meet a few contacts.
Part IV - Mulder and Sam finally get introduced to the Scully family.
Part V - A nice trip to the forest goes hideously wrong.
Part VI - Mulder and Scully are faced with some hard choices when two cases collide.

Quis Si by Trixie
Rated NC-17
Keywords: MSR, AU
Summary: She showed me a world where the sky was purple, up was down, black was white, and you and I spent the last seven years without each other.

Rainbow Continuum by Emily Miller
Rated PG-13
Keywords: MSR
Summary: Scully discovers that Melissa's death was faked and finds her sister, along with someone else special to them both, and has to protect them.

The Secret by Erin Blair
Rated PG
Keywords: MSM, AU
Summary: A woman finally has the courage to come out of hiding.

Stories For Dead Children by Neoxphile
Rated G
Keywords: none provided
Summary: Storytelling in the afterlife.

What Might Have Been by FatCat
Rated NC-17
Keywords: RST, MSR, Pre-XF
Summary: Milagro events force our heroes to relive past relationships.